Nutrition is one of the pillars of health and without proper nutrition, our bodies will not function properly. Not only are microgreens trending in the culinary world due to their unique size, texture, color and immense flavor, but they are also making waves in the nutrition and wellness field now that there are ongoing studies and preliminary research showing promising findings regarding their health benefits and nutrient dense qualities.

Microgreens are essentially young vegetables in their earliest stage of edible infancy, eaten immediately after the cotyledons have developed with one set of true leaves. The cotyledon is considered the “embryonic leaf” or the “seed leaves” in seed-bearing plants and helps supply a seedling with the necessary nutrients it needs to germinate.

Evidence suggests that these microgreens are very high in antioxidants and vitamins, which is causing an increase in their popularity in the nutrition field. In addition, their colors and textures have drawn attention to them in the culinary world as they make a visually appealing garnish and a tasty add-on to many dishes.

What Are The Health Benefits Of Eating Microgreens?

Microgreens are high in antioxidants, which means they can prevent various diseases. The specific type of antioxidant depends upon the plant.

One study conducted on 25 different types of microgreens found that although the nutritional value varies significantly between the different types, as a whole, their nutritional punch is much greater than their mature plant counterparts. Of all the varieties assessed, red cabbage, cilantro, garnet amaranth, and green daikon radish had the highest concentrations of vitamin C, Vitamin K, Vitamin E, and carotenoids (yellow, orange & red pigments produced by fruits and vegetables that help fight off diseases).

Microgreens are also being recognized in the functional medical world as being a functional food. In 2021 a study was done on the bioaccessibility of polyphenols and glucosinolates in the Brassicaceae microgreens kale, red cabbage, kohlrabi, and purple radish.

Polyphenols and glucosinolates are compounds we get from eating plants that are high in antioxidants.

This study found that the highest percentage of these antioxidants came from kohlrabi and kale microgreens. The antioxidants were released after digestion creating anti-inflammatory, anticancer, antimicrobial, and anti-diabetic effects for the body.

The same study found that treating colon cancer cells with kale, radish, mustard, and broccoli microgreens stunted the cells’ growth. In addition, when cells were treated with the root extract of the licorice microgreen, anti-inflammatory effects were found.

Broccoli microgreens are high in a compound called sulforaphane which has been shown to reduce multiplying cancer cells. These greens are better eaten raw as sulforaphane breaks down in the heat.

Another benefit I see as a nutrition coach & health coach is that many people don’t like vegetables. The U.S. Department of Health and Human Services recommend 3-4 cups of vegetable per day, but people are only consuming around .5 – 2 cups per day.

Because of the high nutrient content found in microgreens, including fiber, people don’t have to eat microgreens in the same quantity as they would have to eat of their regular size mature vegetables to get the same if not higher concentration of nutrients. This will make it easier to get more people to eat these young seedlings than it is their full-grown counterparts.

What Are The Different Types Of Microgreens?

Listed are six of the main plant families that produce microgreens, plus some of the popular vegetables people harvest from them.

There are 2500 species of plants in this family that produce leaves with both red and green varieties. A fun fact about the popular variety of the beet microgreen is that it’s called bulls blood because its little plants turn a very pretty red color with a bit of green on the leaves.

This plant family has over 7,000 edible plant species widely used in the culinary field and is also known for its aromatic features.

There are many herbs in this family, including

This family is known for its fruits and vines. The edible plants are usually only grown in warmer climates as the mature plants’ fruits are susceptible to freezing.

As we stated above, microgreens from this plant family have a flavorful taste, just like the big fruits these mature plants produce.

This plant family is known as the grasses family, and the full-grown plants are often used to provide staple foods to the world, such as wheat, barley, and rice.

The most popular microgreens coming out of this family are

What Is The Difference Between Sprouts And Microgreens?

Microgreens and sprouts are not the same things. Despite their similarities, there are some key differences between the two. The main difference between the two is the growth cycle length after the seeds germinate.

What Are The Disadvantages Of Microgreens?

The only disadvantage of microgreens that I can see is that you should not eat microgreens from the “nightshade” family. Microgreens from plants in this family include tomatoes, potatoes, peppers, and eggplants.

Some toxins such as solanine and tropanes in these microgreens can cause digestive and neurological disorders.

Eating the roots of microgreens is also discouraged as the roots contain mold spores that will make you sick.

How Long Will Microgreens Last Once Harvested?

Microgreens will last for approximately 7-12 days if stored properly in the refrigerator. You do not want to leave your microgreens out of the fridge as they could mold, causing sickness if eaten.

How Do You Eat Microgreens?

Microgreens can be used in various dishes such as salads, on sandwiches, garnish for entrees and drinks, soups, juicing and stir fry.

My favorite way to eat microgreens is in a smoothie. Sometimes I struggle to get in all the veggies I need daily so blending up these baby greens into a smoothie really helps me reach my goals.

Most microgreens are very expensive in grocery stores and they can be grown indoors which is so much fun.

Studies on microgreens are increasing every day and all the evidence points toward these little plants as being very important to implement as part of living a healthy lifestyle.  We would call them an emerging trend as not everybody knows what they are.

For people who don’t “like” vegetables they are also a great way to get all the nutrients you need from vegetables without having to eat so much volume.

Give microgreens a try today and see if they are an option for you and your family as part of a healthy habit you can incorporate into your lifestyle!

I am a business owner; Live Active 563, mom and a blogger on a mission to help the females in the world become confident, live a healthy lifestyle, accomplish great things and feel hot! You can read more on my About Me Page.

In a previous article on my blog I discussed everything about microgreens and why you should eat them. Hopefully I have convinced you all to try the nutrient dense sprouting seeds! If you haven’t read the article, you can read it HERE. Microgreen seed suppliers are abundant and in this current article we discuss where to… 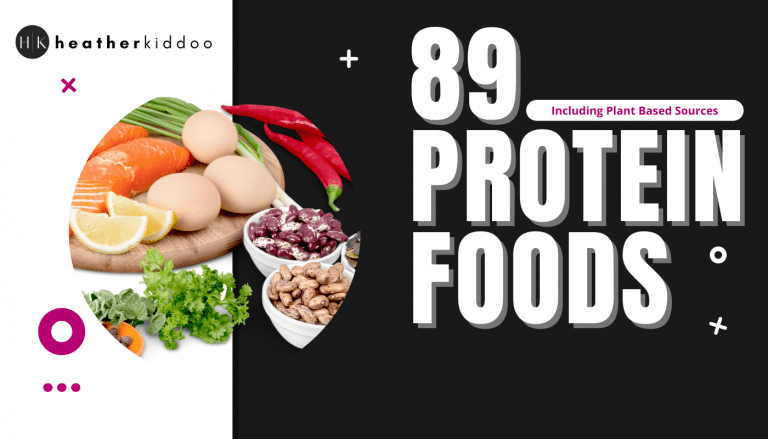 Did you know that sleep & nutrition are the 2 most important factors to consider when trying to lead a healthy lifestyle!? In this post, we will talk about nutrition with a focus on protein foods. Because we have so many clients that struggle to consume enough protein on a daily basis, I have created this protein…

Looking to take the plunge? (pun intended) Well, you’ve come to the right place! This guide will compare the best cold plunge tubs on the market. We’ll be looking at features, cons, and pricing. So whether you’re looking for something small and portable, or a large high-end tub, we have you covered! Cold water plunges…

Being a mom is one of the hardest jobs in the world. A lot of times, after women give birth, they forget about themselves. They get caught up in the day-to-day grind of taking care of their young kids and put their own needs on the back burner. As a result, they end up frumpy,…

Protein is essential to our bodies and a struggle for some people to get in, making protein water a great way to get protein into your diet when you are looking for a quick post or pre-workout drink that won’t make you feel full or upset your stomach. It is also a convenient way to… 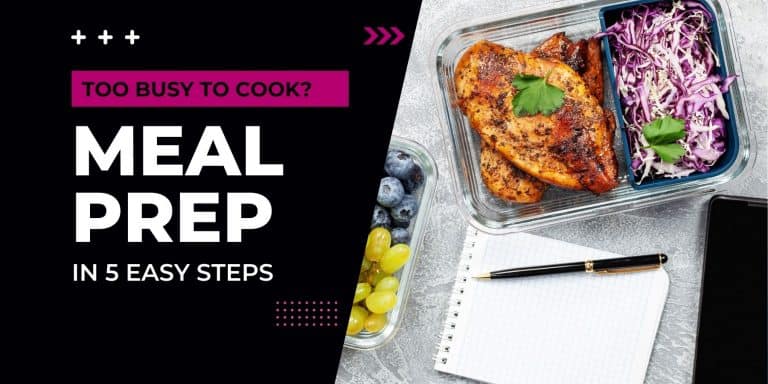 When we look at living a healthy lifestyle, nutrition is at the top of the list. Some of the most healthy people meal prep all or some of their healthy meals each week. Are you looking to improve your healthy lifestyle, save money, or both? If so, then you should start meal prepping!  By meal…